Our vision is to become the project delivery partner of choice in North America.

Ready To Get It Done.

With a focus in the heavy civil and electrical infrastructure sectors, our experienced team has successfully managed facets for many of the largest notable infrastructure projects in Western Canada; including:

Learn more about the projects RAM has managed

Ultimately, there is nothing as important as quality and safety. The success of every project we embark on is measured by these two factors. With stringent attention to detail, elevated expertise, and forward-thinking rationale, along with an Organizational Quality Management (OQM) Certification from Engineers and Geoscientists BC (EGBC), our projects result in quality excellence.

Safety is always top-of-mind, never a compromise. RAM is proud to have developed an industry-leading Occupational Health and Safety Program, which is COR certified from the BC Construction Safety Alliance, and in good standing with WorkSafeBC. Continuous safety training ensures our people are always current on industry best practices, mitigating risk and keeping the public and employees safe.

Read more about our Quality and Inspections, and Safety Management Services.

RAM has made partnering with and working alongside Indigenous groups a foundational aspect of our business. Our core values of integrity, innovation, and sustainability guide RAM employees on how to develop and maintain effective working relationships with Indigenous communities in territories we work in and are attested by several meaningful Indigenous partnerships.

RAM strives to be an industry leader in developing strong relationships with Indigenous communities that strengthens their economic prosperity, social wellbeing and capacity in self-determination. 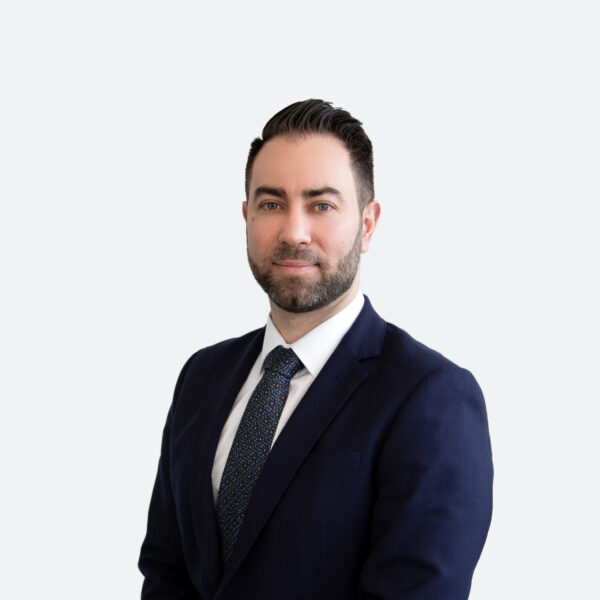 Joe is President at RAM. Joe graduated from the University of British Columbia with a degree in Civil Engineering. 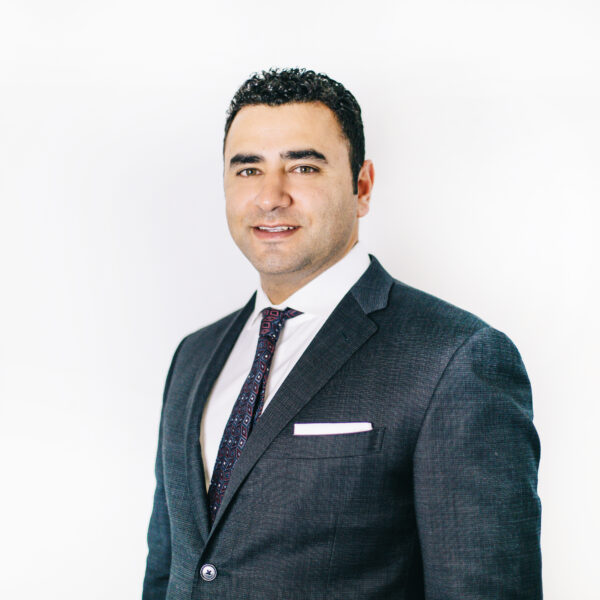 Ziad is a Principal and a Partner at RAM. Ziad graduated from the University of British Columbia with a degree in Civil Engineering and holds an Executive Masters in Business Administration (MBA) Degree from the Smith School of Business at Queen’s University.

As a Registered Professional Engineer (P.Eng.) with EGBC and a Project Management Professional (PMP) with the Project Management Institute (PMI), Ziad has extensive experience in the Project Delivery of Infrastructure projects ranging from $1 Million to $2 Billion. He has the knack for assembling and empowering high performing teams with an aligned vision which allows them to exceed their project objectives. Ziad prioritizes his commitment to providing healthy, safe and productive job sites and ensuring the well being of personnel is never compromised. Ziad specializes in Utilities and is a subject matter expert of projects consisting of complex urban installations of power lines, telecommunication as well as gravity and pressurized lines. Ziad is multilingual, speaking English, French and Arabic fluently and enjoys traveling and volunteering during his free time. 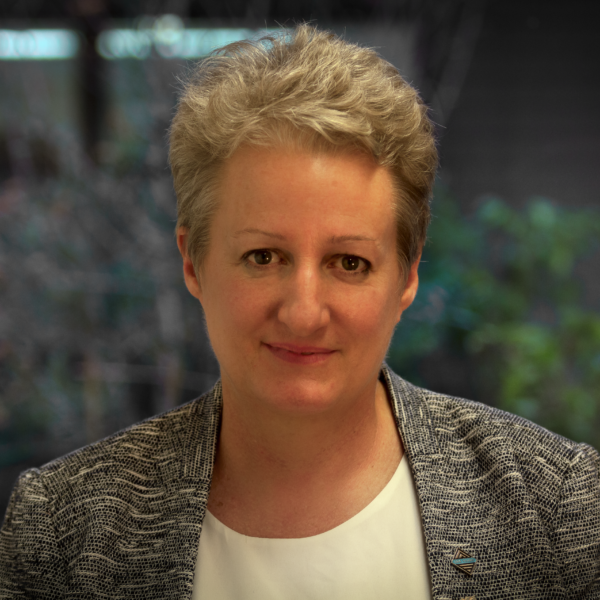 Karen has been providing geotechnical engineering services to the British Columbia building industry for three decades. In 1991, she was the charter-chair of the division (of what is now EGBC) for women engineers and in 2007, she was the first woman board member of what is now ACEC-BC. She founded Horizon Engineering Inc in 1997 and was the only woman president of an engineering consulting company in Canada until 2020.
Karen’s hands-on approach and strong knowledge of soil conditions has been appreciated by stakeholders in residential developments, commercial developments, and civil infrastructure works. She is a technical resource consulted by many municipalities with respect to policy relating to geotechnical issues. As well as providing traditional geotechnical design services for foundations, excavations, shoring systems, and pavements, Karen also provides insight into stormwater management, especially as it relates to surface and sub-surface drainage, stormwater infiltration, and sediment and erosion control, especially for LEED projects. 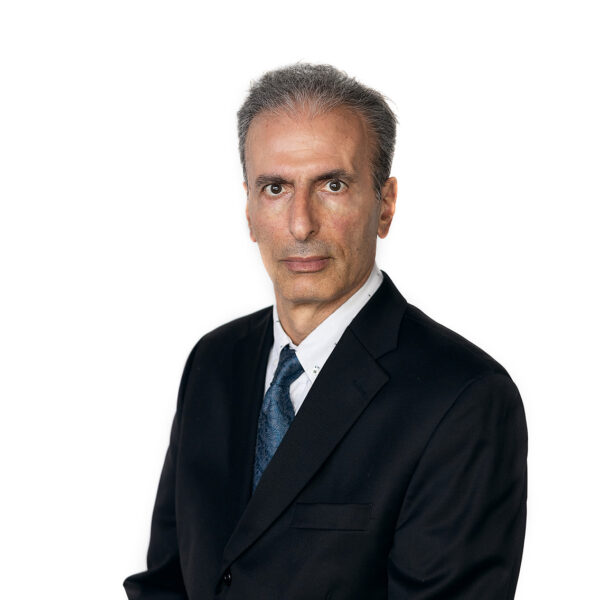 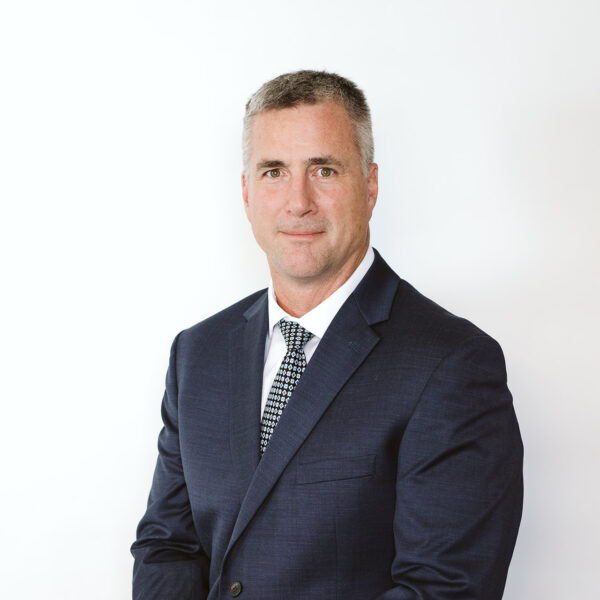 Dean is Director of Major Projects at RAM. He is an executive lead with diverse and extensive experience in leading, building and managing teams to success. He has over twenty-five (25) years of experience developing individuals and teams towards the same goal which is success. He has proven strength in communication and problem-resolution as well as planning and managing projects from inception through completion. He has extensive experience in Project Management, Client Management, Engineering, Construction Management, Complex Projects and managing field and safety construction operations. 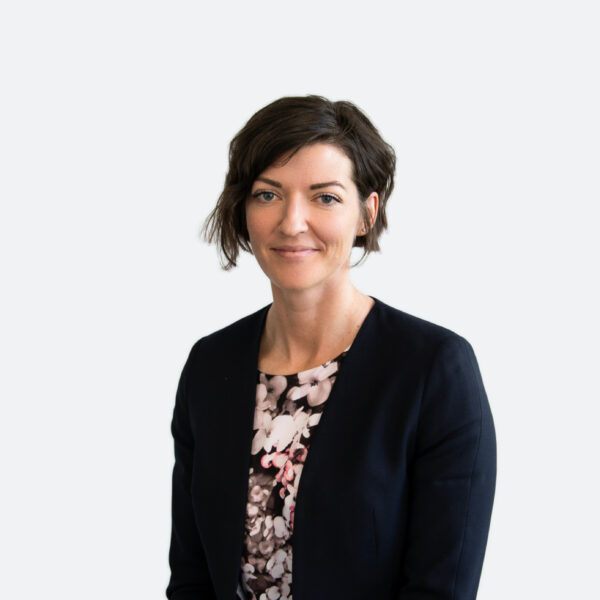 Christine is Director of Project Services at RAM. Christine graduated with a Bachelor’s Degree in Sciences at the University of Alberta. 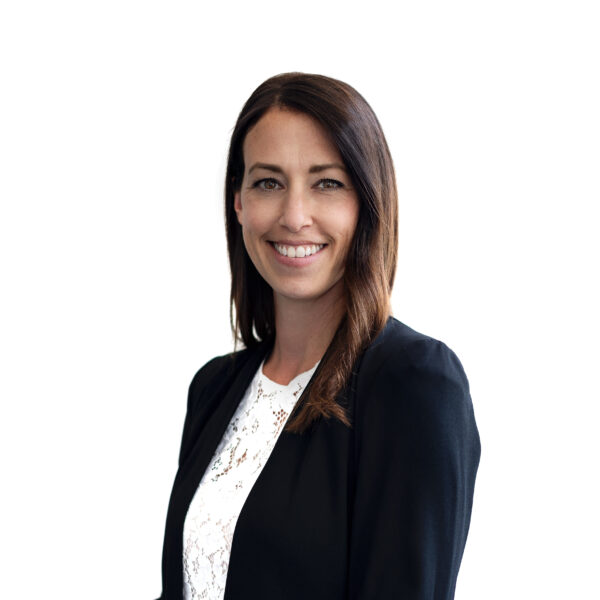 Monique is Director of Project Delivery at RAM with fourteen (14) years of progressive experience in delivering large capital projects. She is experienced in managing projects from conceptual studies through to construction in a variety of industries such as hydro and thermal power generation, pulp and paper, transmission and distribution (substations) and oil sands. Monique also has extensive experience working with clients in both private and public sectors.

She is recognized for strong leadership, communication and interpersonal skills. Monique has a proven track record of effective scope, schedule, budget and resource management on key projects and studies. She has repeatedly demonstrated an ability to develop relationships to foster motivated teams focused on high quality results. 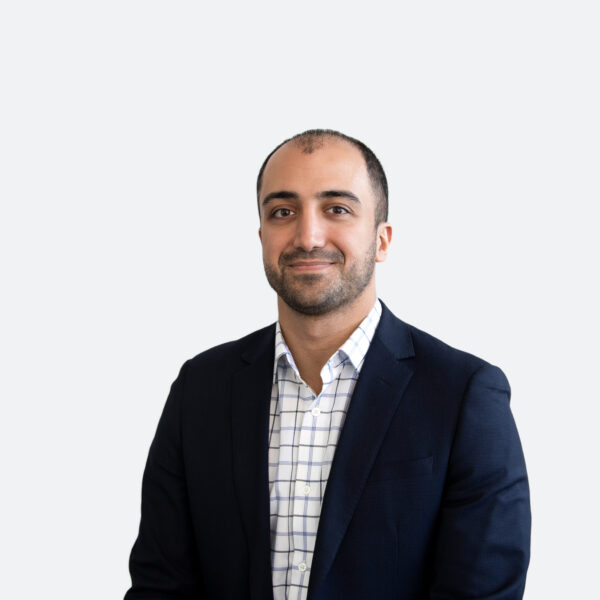 Pouya is a Certified Management Accountant with over ten (10) years of experience, focused on team and company achievements as a whole. He is a positive, dedicated, engaging and enthusiastic individual, who believes in strong management in order to reach desired results for stakeholders. 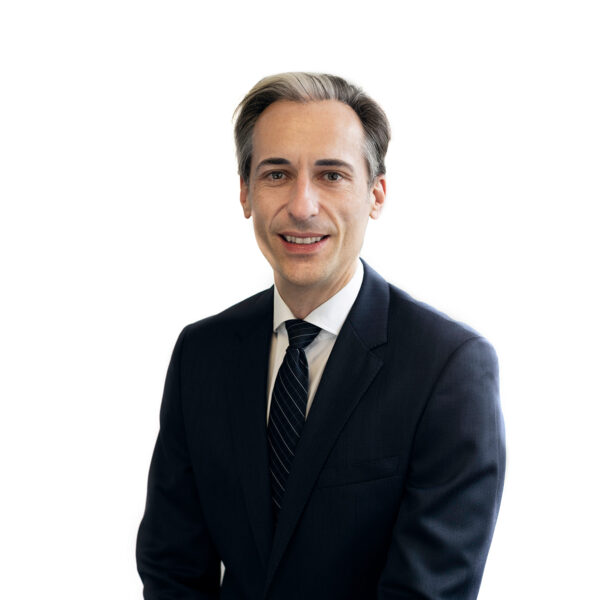 Sasha is an Engineering Manager at RAM with over fourteen (14) years’ experience in engineering consulting. He is a registered Professional Engineer (P.Eng.) with Engineers and Geoscientists BC (EGBC) and is a certified Project Management Professional (PMP) with the Project Management Institute (PMI). Sasha has proven leadership skills managing numerous projects and a diverse team of over sixty mechanical engineers and designers. 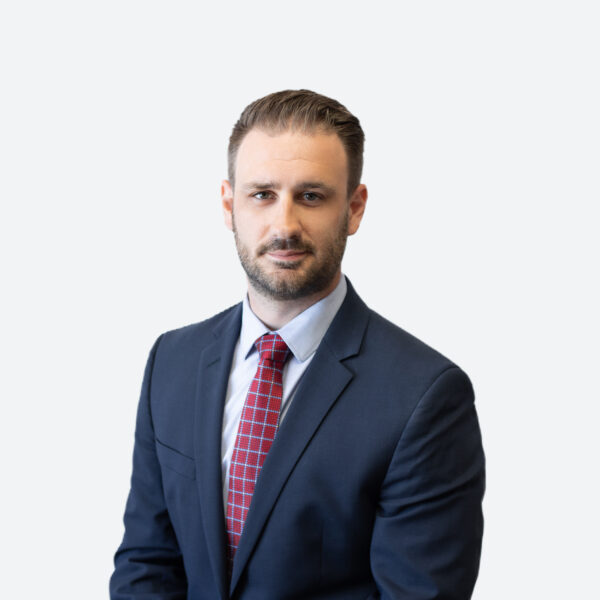 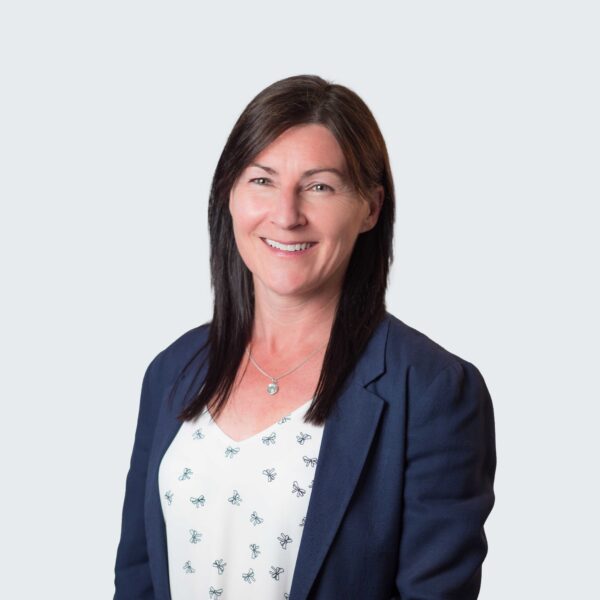 Jodi is Manager of Indigenous Relations at RAM with a diverse skillset and a breadth of experience from her work in Indigenous engagement in western Canada. Over the past decade, she has worked with First Nations, businesses, and government agencies at the provincial, territorial, and federal levels, applying a proactive and collaborative approach to ensure projects’ successes and Indigenous advancement.

Jodi specializes in economic development and strategic planning, treaty negotiation and treaty implementation, land use planning, and heritage consulting. She currently sits on the board for several Indigenous-owned businesses in British Columbia and the Northwest Territories. Skills training and capacity building for Indigenous communities are incorporated into Jodi’s work at every available opportunity. 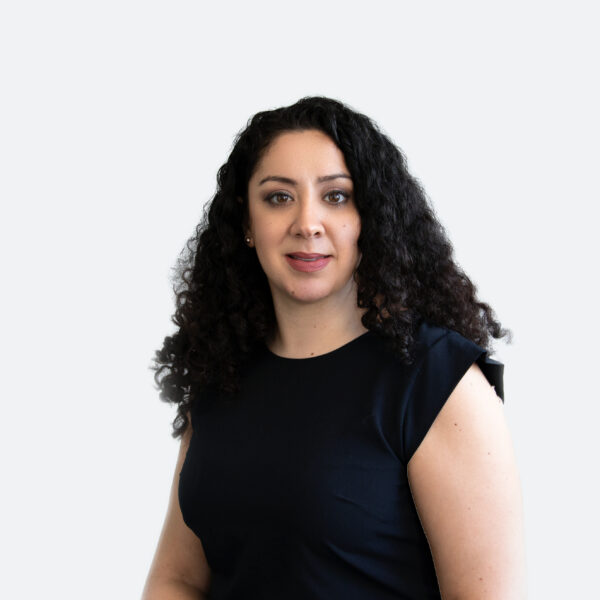 Rita is Manager of Corporate Services at RAM. Rita graduated with a Bachelor’s in Science.

Rita has spent a decade of her career working at a law firm and more recently, as a Sales and Operations Manager at an athletic performance and rehabilitation facility. Throughout her career, Rita’s primary focus has been to foster a positive organizational culture and cultivate a safe and secure work environment. By exhibiting a genuine interest in aligning team members’ goals with organizational goals, Rita has been able to promote continual individual growth and development within her team. In addition, her professional education and diverse work experience brings a unique set of skills to an engineering office, enabling her to adapt and lead a variety of projects successfully. 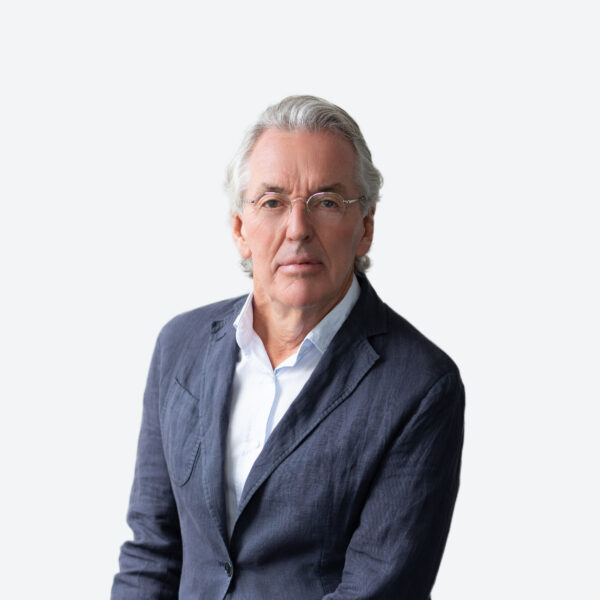 Ross is a a Major Projects Advisor with RAM.

He has provided over thirty (30) years of Project Delivery experience including direct hire construction senior management in addition to project and construction management as a Contractor, Engineer and Owner’s Representative. He has extensive knowledge in various project delivery models including DBB, DB, EPCM, partnering and EPC. Ross is experienced in managing Mining, Oil and Gas assignments pertaining to LNG, Petrochemical, Chemical, Pipelines, Bulk Handling, Marine Structures, Infrastructure and Pulp and Paper Projects. 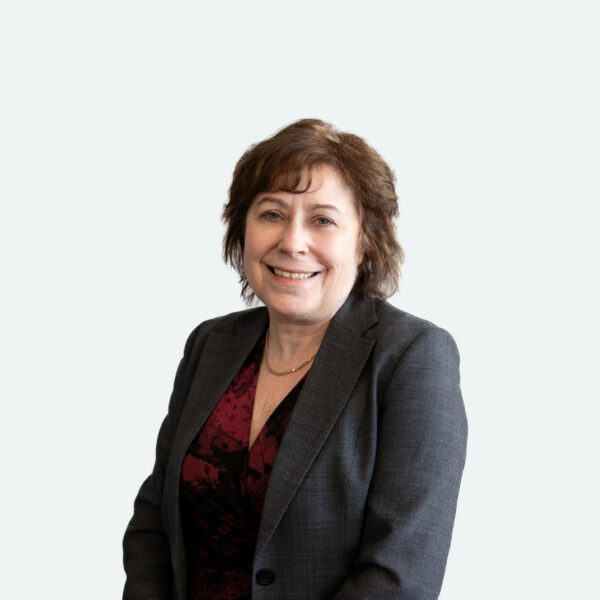 Luba is a Senior Engineering Advisor at RAM. Luba graduated from the University of British Columbia with a degree in Electrical Engineering.

Registered Professional Engineer (P.Eng.) with EGBC and a Project Management Professional (PMP) with the Project Management Institute (PMI). Luba is experienced in managing transmission and distribution projects for BC Hydro including the delivery of over $200 million of engineering and construction work annually. Her past projects vary from strategic asset management to managing large multi-disciplinary design teams for transit and gas line facilities. 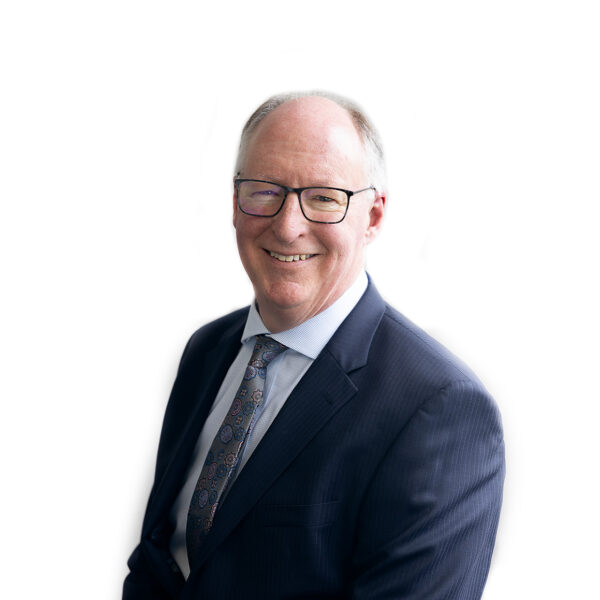 Tim is a Senior Strategic Advisor with RAM. He has over forty (40) years of utility management experience in both the public and private sectors.  A results oriented senior manager and registered professional engineer with strong leadership skills, work ethic and technical expertise, he has a proven track record in effectively delivering utility services and major capital infrastructure projects throughout British Columbia.

Tim has held various senior management positions with Metro Vancouver (formerly GVRD) since 2000, providing leadership and strategic direction for large and diverse professional/technical workforces within all three regional utilities, namely water, liquid waste and solid waste.  In his former role as General Manager of Water Services, Tim was responsible for all aspects of the regional water system including policy and planning, engineering design and construction, management systems and utility services, watershed and environmental management, operations and maintenance, inter-agency projects and quality control.

RAM is a proud member of:

Connect with us during the early phase of a project to set a tone for success through scope optimization and design management.